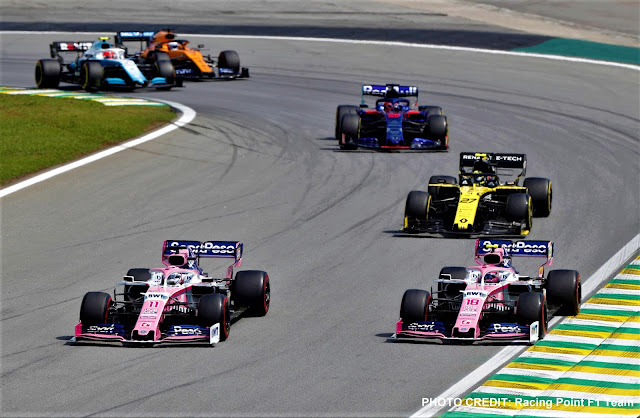 Lance Stroll
“Abu Dhabi is the season finale and the organisers always put on quite a show. The track layout isn’t my favourite, but the event is always a lot of fun - it’s a great place to go racing. The infrastructure is impressive and it’s arguably the best that we have in Formula 1. What they’ve done with the event is amazing.

“The track in Abu Dhabi is quite challenging. It’s a long lap with plenty of corners and the high temperatures make it very demanding on the tyres. The most technical part of the lap is the middle sector and particularly the chicanes. It’s important to get your braking point just right and you also need to ride the kerbs.

“Overtaking can be quite challenging, but that’s the same as most circuits. As always, we’re going to try and pick off as many places as we can. The twilight conditions in Abu Dhabi are unique but I’m pretty zoned in from start to finish so it’s not really a distraction. You almost forget you’re driving in the evening because the lights work so well.”


Sergio Perez
“It’s important we end the season on a high in Abu Dhabi. It’s been a long year and there is still a lot at stake. Brazil didn’t go well for us – even though we scored points – and we need to come back strong this weekend.

“Yas Marina is a track that’s all about braking and traction. It’s hard on the brakes and you need to set up the car so that you have good rear stability. Good traction out of the corners is also important for a quick lap time. The long straights offer some overtaking opportunities but you need to be quite brave on the brakes. In the race, you often find yourself either attacking or defending, especially towards the end of the race.

“When you get to the final race you just need to keep focused on the job ahead. Everybody is starting to think about next year, but you want to finish the season well so that you can go on holiday feeling happy. Nobody wants to have a bad final race so we will do all we can to end the year with a strong performance.”


Otmar Szafnauer - CEO and Team Principal
“We’ve dusted ourselves down after a tough race in Brazil and are determined to bounce back with a better result in Abu Dhabi. It’s a circuit we’ve gone well at in the past – particularly with Checo, who has scored points there in every race with the team since he signed in 2014 – so we’re feeling positive heading into the weekend.

“The Yas Marina is a great setting for the season finale. Although it gets very hot during the day, the evening is much more pleasant and the circuit looks spectacular under the lights. They really know how to put on a show and the facility itself is first class, which I’m sure the whole paddock appreciates at the end of a long season.

“It’s been a transitional year for the team and optimism for 2020 is high. But for now, the focus is on scoring points this weekend. Reclaiming sixth place in the Championship will be a big task – but we all want to end 2019 on a positive note and will keep fighting until the very end.”