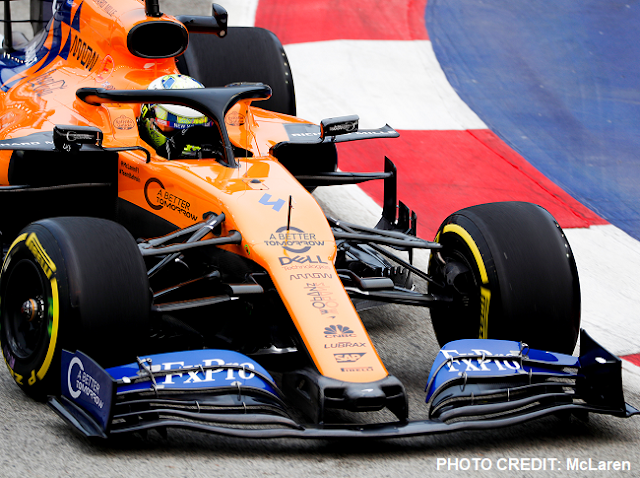 Interlagos stages the Brazilian Grand Prix for the 37th time this year. The track layout has changed since the inaugural race in 1973, but the passion of the fans and the significance of the race as the only Grand Prix in South America continues unaltered.

The circuit was built 80 years ago on marshland unsuitable for housing. At first it was incredibly fast, with long, banked corners dominating the layout. The track was then shortened and made safer ahead of the race in 1990, since when it has been a regular feature on the Formula 1 calendar.

There are a couple of unique aspects to the track. At 800m above sea level, it’s the second-highest track on the F1 calendar, making it demanding for power units and brakes, and many of the corners are cambered, which makes it easy for drivers to make mistakes.


Carlos Sainz
“Interlagos is a great circuit and certainly a fun place to go racing. The fans are always very passionate, and the history of the event speaks for itself.

“We head to Brazil seeking to extract the maximum from our car and score more points on the board. The season is not over yet, with two more races to go, and there are still many points to fight for. Confirming our fourth place in the Constructors’ Championship is the target and I'll push hard until the end for that sixth place in the Drivers’ Championship, despite the difficulty of the task!”


Lando Norris
“I can’t wait to go racing in Brazil. It’s been the scene of some awesome races in the past, and I’m hoping for a good race of my own on Sunday. FP1 last year gave me the opportunity to learn the track, but I’ve been working hard in the simulator to make sure I can maximize performance as soon as we get started on Friday.

“There’s still work to be done and we’ll be pushing hard in every session to see how close we can get to the top teams. They’re still a long way off and our nearest rivals are very close but I’m looking forward to some good racing."


Andreas Seidl - Team Principal
“After a weekend away from racing, it’s good to be heading back to the track for what we hope will be an exciting Grand Prix. As we come to the close of the season, our focus as a race team is on securing the fourth-place Constructors’ spot, before fully switching our attention to 2020.

“We gathered a lot of information in Mexico and the US, which has been important in our preparation for Brazil. Interlagos is another high-altitude track, and although it's not as extreme as Mexico City, we still must ensure we’re doing all we can to adjust the car to these conditions and the complex track layout.”

Preview Provided By: McLaren Racing
Posted by Junaid Samodien at 09:13