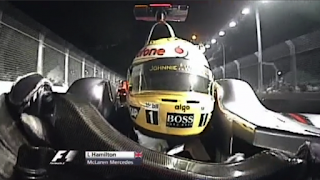 Now that you know a bit about Formula 1 let’s move onto the technical elements, which separates this sport for the others. There are 15 elements, that ensures the successful running and participation of all teams in Formula 1, which will now be discussed. Read and enjoy!

1. Aerodynamics
The modern Formula One car has almost as much in common with a jet fighter as it does with an ordinary road car. Aerodynamics have become key to success in the sport and teams spend tens of millions of dollars on research and development in the field each year, which sets this sport apart from the other forms of motorsport.

2. Brakes
Formula One cars are surprisingly closely related to their road-going cousins, as ABS anti-skid systems have been banned from F1, but these brake systems and kits have been adapted to the stress and pressure that these machines place on them, for example the high corner braking heats up the brake pads, which then cause a red glow and normal cars would catch alight instantly, but this is a story for another day.

3. Cornering
Cornering is vital to the business of racing cars, and Formula One is no exception. On straights the battle tends to be determined by the power of engine and brakes, but come the corners and the driver's skill becomes more immediately apparent. 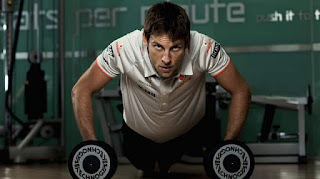 Source: Jenson Button showing you how fit you need to be.
Caption: yallaf1.com

4. Driver fitness
Formula One drivers are some of the most highly conditioned athletes on earth, their bodies specifically adapted to the very exacting requirements of top-flight single-seater motor racing. They are projected to forces that could snap a neck (break neck speeds).

5. Flags
Marshals at various points around the circuit are issued with a number of standard flags, all used to communicate vital messages to the drivers as they race around the track.

6. Fuel
The fuel it runs on is surprisingly close to the composition of ordinary, commercially available petrol.

8. Logistics
Logistics plays a key role in Formula 1 because it deals with the transportation of these cars from country to country.

9. Overtaking
One driver can only occupy on pole position for a race, and the entire grid wants to finish on the top step of the podium, overtaking is of vital importance in Formula 1 not only for the championship, but also for the business side of Formula 1.

10. Pit stops
The precisely timed, millimetre perfect choreography of a modern pit stop is vital to help teams to turn their race strategy into success - changing a car’s tyres, which is the only thing that can be added to the car as the 2012 rules have stated that no refuelling can take place.

12. Race strategy
The team employees’ key strategist, which solely works to improve the performance and chooses options that, would best suit the team.

13. Steering wheel
Modern Formula 1 cars steering wheels focus on elements to control parts of the car to create an advantage, to slowing the car or even turning up the motor, another famous gadget is the flappy paddle gearbox, which it uses.

14. Suspension
Suspension is what harnesses the power of the engine, the downforce created by the wings and aerodynamic pack and the grip of the tyres, and these elements are all controlled by the FIA with their strict rules and regulations.

15. Tyres
A modern Formula One car is a technical masterpiece. But the tyres are still a race car’s biggest single performance variable.

Posted by Junaid Samodien at 10:11