We are killing our environment! 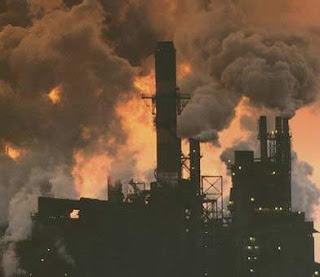 Caption: Air Pollution, one of many forms of pollution, which we are responsible for.
Source: http://library.thinkquest.org/09jan-oracle-n-001/02239/files/landpollution.jpg

Have you tried to figure out what this topic discusses without even reading content, which will follow? Well, let me make it much easier for you my valued reader. In this blog post, I will be discussing Pollution, because it’s something we need to take note of it and have preventative measures, which could combat pollution.

Pollution is the introduction of contaminants in a natural environment which would create adverse changes to its surroundings. Pollution can take the form of anything, where it be chemical substances or energy, namely: noise, heat or even light. 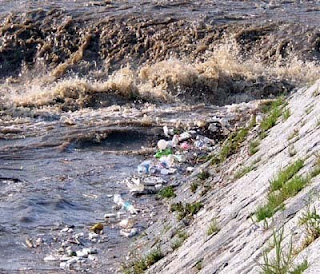 Caption: We can stop this!
Source:http://library.thinkquest.org/09jan-oracle-n-001/02239/files/landpollution.jpg

A sad reality is that we as people populate our world on a daily basis, whether it be through smoking, driving or even throwing that unwanted paper in the streets rather than placing it in a refuge bin.

I know for a fact that I am guilty of one those forms of pollution, which I immediately corrected (air pollution). In where, I’m too lazy and I end up driving to the shops, which is a few steps away. Think of your environment right NOW, the power is in your hands!

Posted by Junaid Samodien at 09:32