Have you figured out the second head fake? 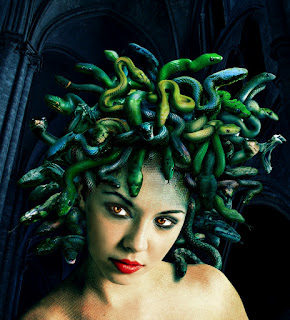 Caption: Some people fight have many more fake personalities! (on there shoulders)
Source: onanymous.deviantart.com

My interpretation of this blog topic is based on how fake people can be. For example, people and family who act fake only when they are in need of something, but other than that they show there other head which could be negativity and only caring about themselves. It’s a sad reality but we live in the time, when people care about themselves only.

I have seen the second head fake of many a people, even my own family, that seems very friendly at first but when they need you to do something for them, they are suddenly the friendliest person in the world. I have come to realize that I do the best that I can, although people show me that they are fake.

For example, an aunt would not greet or even look at you but at her time of need, she would expect you to run to her side and help, although I would feel very negative about it but I try and overcome the negativity and force myself to be a positive or act positively around people who treat you and others badly.

Have you experienced this already, because I know I have! Give me an example of an experience you had which relates to people being fake around you?

Posted by Junaid Samodien at 14:12