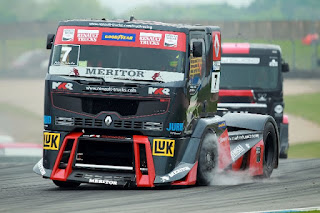 You might be asking yourself, is he for real. Well, yes ladies and gentlemen, it is yet another week of schooling YOU my reader on motorsport across the globe. Let’s get into truck racing.

Truck racing involves modified versions of heavy duty tractor unites on racing circuits. This sport started in United States of America in the 1980’s. The races were mostly in Southern United States, and also the trucks used were actually real working trucks and used street tires. In England, truck racing has increased, and currently over 30 teams regularly compete. 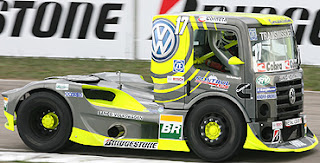 The sporting regulations came under control by the International Motor racing Governing body (FIA) which ensured that the vehicles conform to the layout and original style of the truck, in where the safety standards were established.

These trucks are restricted to 160km/h for safety reasons, and according to the FIA regulations the truck should weigh nothing less than 5500kg. On the day of a race, trucks are allowed to have a rolling start, in where the race commonly lasts from 8-12 laps.

Would you ever participate and this form of motorsport? (I would love to!)

Posted by Junaid Samodien at 11:26