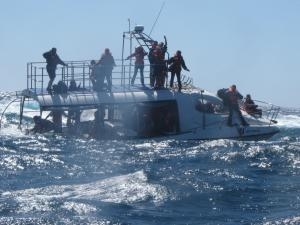 Some of you would be aware of the Hout Bay sea disaster, which took place on 13 October 2012, in where three British tourists and a local man were among the 38 passengers ship wreaked off Duiker Island, near Hout Bay. The City of Cape Town’s Disaster Management Unit, the SAPS, and the Western Cape Emergency Medical Services responded efficiently and professionally and, so did the volunteers of the National Sea Rescue Institute. I do admit that bad things happen very quickly, but with the speedily assistance of these emergency services, the outcome and disaster was minimized.

The occurrences on the day: According to EWN news, “The skipper held a basic skipper competency certificate, but it was not endorsed to allow him to act as skipper of a small passenger boat as prescribed by regulation.” 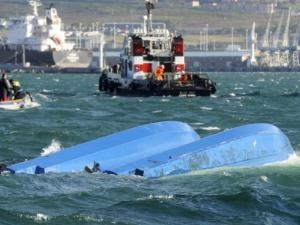 
The South African Maritime Safety Authority (SAMSA) also explained its findings with regard to the incorrectly wired “Aft Port Bilge Pump,” a pump that may have been able to remove the excess water that the Miroshga was taking on board as a result of rough seas:
·         The Miroshga proceeded to sea with an incorrectly wired aft port bilge pump. The bilge pump float switch was wired so that it ran continuously with the switch in the off (down) position but tripped the circuit breaker when the switch lifted as a result of rising water in the compartment. With the port bilge pump stopped water ingress through the compartment vent was uninhibited resulting in an increase in vessel trim by the stern as well as reduced freeboard resulting in flooding of the adjacent compartments and water coming on to the aft deck.The power cut is what then likely led to the engine failure, and the ultimate capsizing of the vessel. 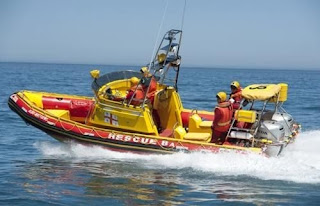 Caption: The NSRI racing to the scene of the incident.
Source: 790tv.co.za


According to SAMSA, “With all propulsion power lost the vessel drifted closer inshore over shallow waters. There was an initial lack of appreciation of the danger by the skipper and when the danger was realized there was a delay in deploying the anchor due to the anchor compartment being locked closed. The vessel drifted into shallow waters where it encountered steep and breaking waves which finally capsized the vessel.
The position of the vessel in shallow water further complicated rescue efforts by responding vessels. But the local sailors together with the NSRI managed to save 38 passengers, with two reported missing. Without the assistance of the NSRI and the local sailors the death toll could have been increased, and for that I say THANK YOU for your brave activities. Apart from this the morale of this blog is that bad things happen quickly and due to the captain not correcting and looking at the necessary problems, it was primarily his mistake.
Source: EWN and News24
Posted by Junaid Samodien at 13:13