PREVIEW - The Championship battle heats up in Höljes.

The FIA World Rallycross Championship heats up, as homegrown heroes Kevin Hansen, Timmy Hansen, and Johan Kristoffersson arrive on home turf for round two of the season at Höljes this weekend (20-22 August).

One of the world’s most iconic rallycross tracks, Höljes is nestled deep in the Värmland forest not far from the Norwegian border has been a popular World Championship fixture ever since the series’ inception back in 2014.

Kevin Hansen currently leads the championship heading into the Swecon World RX of Sweden, having overcome older brother Timmy and Johan Kristoffersson in the final at the Circuit de Barcelona-Catalunya last month to claim a second career victory at the pinnacle of rallycross.

The Hansen World RX Team driver is a multiple winner at Höljes at European level and has been a podium-finisher in the World Championship event held at the circuit in each of the past two seasons, taking the chequered flag second on both occasions.

The Swede will be targeting the very highest step next weekend as he bids to extend his advantage.

"Our development over the winter was focussed more on tracks like Höljes rather than Barcelona, so we are hopeful of having made a solid improvement from last year’s event. We know we have a good car, and we have a good feeling right now," Hansen said.

"For sure, the competition is going to be extremely tough and it’s going to be the usual suspects at the front so it will all come down to getting a good start to the weekend and then maintaining that form. It’s heading down and all about the details from this point on."

The championship leader will not have it easy, however, his two closest pursuers are both world champions – Timmy Hansen in 2019 and Kristoffersson in 2017, 2018, and 2020. His elder brother is just two points adrift, and having not reached the podium at Höljes since 2016, will be particularly fired up to turn the tables and seize the initiative in the chase for the coveted crown.

The three-time World Champion Kristoffersson, by contrast, knows just what it takes to win around the challenging Höljesbanan circuit, having done so in each of his title-winning years.

In only his second full season, Krisztían Szabó occupies the fourth spot in the Drivers’ standings for GRX-SET World RX Team following a solid season-opener.

Team-mate Grönholm, meanwhile, needs a good result after his Spanish weekend ended in the semi-final when he was turned into the barrier at turn 2.

Fellow countryman Juha Rytkönen will be bidding to replicate the scene-stealing performance he produced on his dazzling World RX debut at Kouvola last summer when he took the fight to Kristoffersson in the final, whilst UNKORRUPTED's Kevin Abbring showed a decent turn of form in Barcelona behind the wheel of his Renault Mégane R.S. RX.

The dark horse, however, is undoubtedly Peter Hedström, who has a GRX-SET prepared Hyundai i20 at his disposal and reckons he has the best chance of his career to-date to cause a stir, particularly if rains. 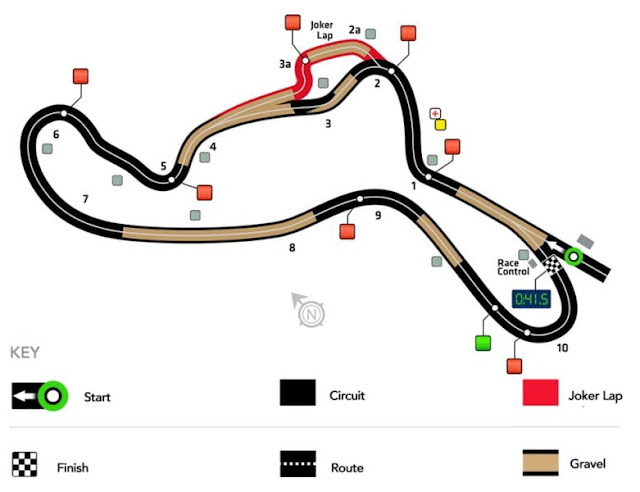 Höljesbanan is an undisputed icon of rallycross, featuring a mix of almost everything. It’s a track of two halves; the first twisty and quite technical, the second half a sprint back to the finish line.

Posted by Junaid Samodien at 12:07