The short, sharp, action-packed FIA World Rallycross Championship will return at the iconic Höljes track for round two of the 2021 season later this month (20-22 August).

A trio of homegrown winners will lead the field into battle in Värmland, following the one-two-three finish for Kevin Hansen, Timmy Hansen, and Johan Kristoffersson in Catalunya just under a fortnight ago.

Despite their podium finish last time out, they will be pushed hard, by a number of rivals all eager to climb the top step of the podium – amongst them are Niclas Grönholm and Kevin Abbring, and Timo Scheider neither of whom came away with the kind of result their pace suggested they deserved in Barcelona.

Whilst Peter Hedström, a three-time Euro RX podium-finisher will join forces with the GRX-SET team to drive the third Hyundai i20 on home soil. 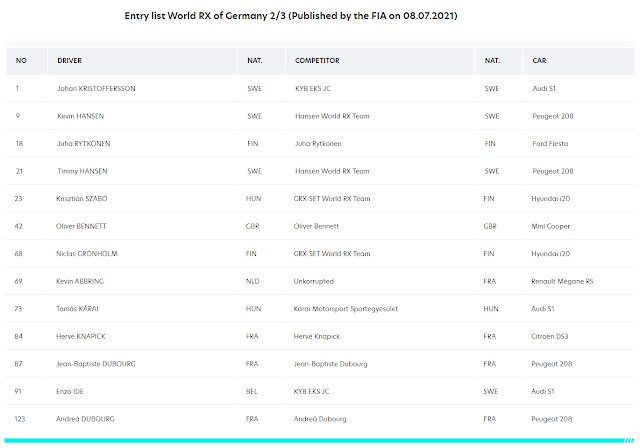 Posted by Junaid Samodien at 16:18