The entry lists for the FIA World Rallycross Championship at Lohéac on 3-5 September have been released, setting the stage for a thrilling weekend on French soil.

Following the Barcelona curtain-raiser last month and this weekend’s outing at Höljes, the World Championship title fight will be heating up by the time drivers and teams arrive in France for round three of the 2021 season – and aside from the usual suspects, the return of ALL-INKL.COM Muennich Motorsport’s Timo Scheider is sure to mix up the order after the pace the German showed in Catalunya. 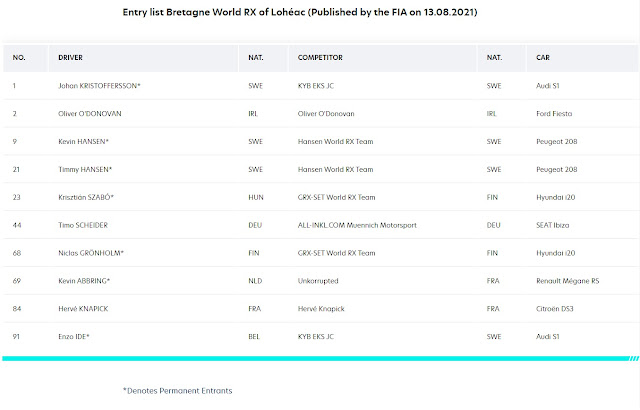