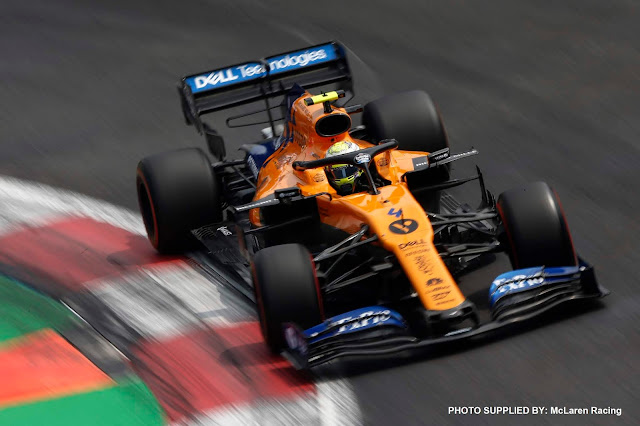 Bruce McLaren won the first ever United States Grand Prix on 12 December 1959. The race was staged at Sebring, in Florida - one of 10 venues to have hosted the grand prix over the last 60 years.

Since 2012 the Circuit of the Americas, in Texas, has been the home of the USGP. It’s the country’s first purpose-built Formula 1 track and its layout plays to the strengths of F1 cars. Sector One is fast and flowing; Sector Two has a long straight and sector 3 has a mix of slow and long corners. COTA is also one of five anti-clockwise tracks on the 2019 calendar.


Carlos Sainz #55
“The US Grand Prix is a very special event for me, marking my 100th Formula 1 start. To be an F1 driver has been my dream and my ambition for as long as I can remember, so to be hitting my 100th race at only 25 years old is a really significant moment.

“After a tough Sunday in Mexico, the whole team is willing to hit the track again at Austin this week. It is important that we keep focused and working hard until the last race. COTA is one of the most exciting tracks on the calendar and always delivers interesting racing, with the entire first sector being very fun to drive in these F1 cars. Getting Turn One right can really pay off later in that sector, so I look forward to jumping back in the car on Friday and getting set up for quali and the race.”


Lando Norris #4
“I’m looking forward to putting Mexico behind me and focusing on the next race. COTA is one of my favourite circuits and I’ve been working hard to prepare for the weekend. Having taken part in FP1 last year, it’s not a completely new track to me, so I know I’ll be able to hit the ground running on Friday.

“We know that the battle for fourth place isn’t quite wrapped up yet, so we’ll be pushing hard to maximise our championship position in Austin.”


Andreas Seidl - Team Principal
“After a Sunday to forget in Mexico, we head north to the US in anticipation of an exciting race. We’re looking to learn from last weekend and come back stronger for the final three races. We know that the Constructors’ is not done until its done, so we need to keep it in our hands as we see the season out.

“A back-to-back always poses operational challenges, especially at the fly-aways, but we’re prepared and focussed on performing at 100 per cent in Austin.”

PREVIEW PROVIDED BY: McLaren Racing
Posted by Junaid Samodien at 14:31