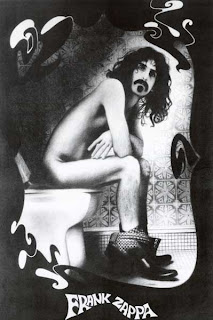 Frank Zappa used this quotation during an interview with the Rolling Stone magazine. What does this quotation mean to me? Well my interpretation of this quote is that rock journalism is a very complex form of journalism, meaning that there is no set structure, which one should abide by, but keeping in mind that rock is a culture on its own, and journalists should encapsulate the essence of rock within their pieces or articles.

Basically, rock journalism in my opinion is a way in which people could express themselves, as they are passionate about rock or the rock industry. What is your perception thereof?

Posted by Junaid Samodien at 11:17