Dreams can become a reality 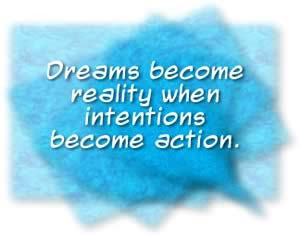 Way back when, we all had dreams and aspirations but as a child back then, I had many dreams as a result of an overactive imagination. I first wanted to be a bus driver because I thought it was pretty awesome, but I’m so glad I never followed that career choice (Whew!). Dreams can become a reality, if you put your mind to it and apply yourself.

At Cape Peninsula University of Technology (CPUT), Open Day hosted from 17-19 May 2012, a blind pupil approached the Champions of Engineering stall, in where he was able touch and feel the racing vehicle, which brought Goosebumps too many observing this sight. His dream is to build a racing car or to be part of this project. His dreams could lead him to becoming the next greatest Mechanical Engineer in South Africa. It would be all lead to the decisions he makes in the future, which would affect the outcomes thereof.


Caption: A blind student feeling something that he has been dreaming and longing to build or be part of.
Source: Pictures taken by Niven Maree and Camera supplied by Junaid Samodien

Following your dreams and doing that which you truly love, as well as holding that passion, would help you attain these goals, dreams or aspirations. I have been there and I’m consistently reminding myself, that my dream is to be a Public Relations officer or manager at a Formula 1 team, many men have this dream but mine is to be the first South African Public Relations Manager for a Formula 1 team, but I feel with hard work and applying myself, I would be able to attain this dream soon enough.

Dreams are achievable, so start thinking positive, hold your head up high and you’ll see that in the not too distant future, this dream will be a reality!

Posted by Junaid Samodien at 12:04