Stuck on an Island. 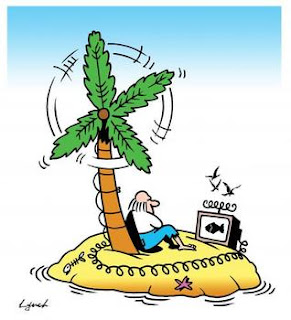 Source: Sodahead.com
Caption: A few things that others are doing while stuck on an island.

As the title suggests being stuck on an island would not be an idle scenario, but in this post I would like to find out the following: If you were to take two items with you to an island what would it be? Keep in mind that you have shoes, socks, underwear and clothes. And NO, you can’t take a rubber duck boat or a boat or ship. 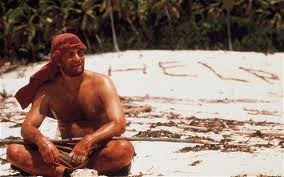 Caption: Remember after a few days you will miss everyone.
Source:telegraph.co.uk

If you aren’t able to think of anything yet! I would suggest a rope, for making a raft and possibly a knife or blade to cut trees, but who knows you might want to take your laptop or blackberry, but keep in mind that you aren’t able to charge it because you can’t plug it into the sand its common sense.

Well, if I was stuck on an island I would take a knife and some rope that would assist in creating a raft that would help me get off that island.

What would you take with you?

Posted by Junaid Samodien at 11:22