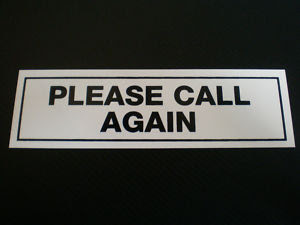 Caption: The sign which you usually see when leaving a outlet.
Source:Ebay.co.uk

A very catchy statement, that many outlets either have on the exits or on receipts, but I have always wondered why ‘Please Call Again’. Because I would never have ever called them and probably will never call them in the future.

When researching the topic, I actually found that it means please come again, but because I was at a very critical age I over analysed and found problems with everything I saw. 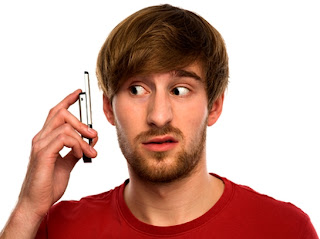 In South Africa, there are many people who are literate or can’t understand what certain things could mean. At the age, I was I ended up going up to the manager asking him whether or not that was a mistake but because I knew everything. I told him that he was wrong.

As stated why don’t they just rename it as ‘Please come again’ although to some this might sound weird, but I feel that it would be simpler and more easily understood but No they think it sounds cool and awesome and more professional but I don’t. I personally would never call again unless they give me airtime or force me to........

Posted by Junaid Samodien at 13:27