We are afraid of the wrong thing! 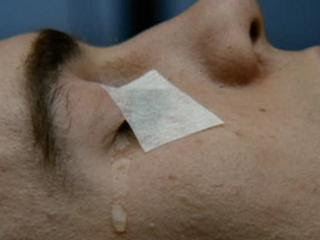 We are always afraid of the wrong thing, but think about being awake during an intense surgery. It’s a really scary thought but in our ideal world something like this rarely happens, but don’t hide behind the covers. These types of occurrences do in fact happen. According to Dictionary.com “the term/word “awake” means to rouse or emerge from sleep.”

In 2007, a movie directed by Joby Harold named Awake was free for public view and the premise of this movie was when Capital-investment firms’ chief falls in love with a women. He then suffers from a heart condition in where his good friend suggests a heart transplant. He runs off and gets married to the women of his dreams. He goes to hospital for surgery and during the surgery he encounters “anaesthetic awareness” in where he is awake but paralyzed. While in the state of pain he uncovers a murder plot against him.

Anaesthesia awareness occurs in 20 000-40 000 patients and out of the 20 million United States of America surgeries performed each year. These statistics illustrate the awareness in the United States of America. Did you know: In South Africa, 1 in every 8 people would suffer from this situation? I would advise you to speak to your Anaesthesiologist before any surgery is conducted. Rather be safe than sorry! What do you think?
Posted by Junaid Samodien at 12:07