PREVIEW: Double points on offer at World RX of Riga.

The FIA World Rallycross Championship races into Latvia this weekend – and with double points on offer, the stakes could be higher.

The opening three rounds of the season have seen some sensational action, with Hansen World RX Team leading the championship standings following victories for Timmy Hansen at Höljes and Lohéac and a curtain-raising victory for younger brother Kevin Hansen in Barcelona.

The Hansen brothers have not had things all their way, with rival Johan Kristoffersson matching them for pace at every event so far, but bad luck was the victor in every single case. The three-time World Champion had to fight back to finish third in Barcelona after being disqualified from Q1 and to rub more salt into his wounds, the Swede has failed to reach the final since, picking up a double puncture on home soil in Sweden and falling victim to transmission woes in France.

Fourth in the championship (as it stands), Kristoffersson, boasts a stellar record around the challenging Biķernieki trase (track), having won at the circuit three times since 2017. He is chasing more silverware this weekend as he aims to kick-start his fight for a fourth Drivers’ title.

"We have not had the margins on our side so far this year," Kristoffersson said. "That makes it tough in the championship table now, but we will continue to focus on the future, reload and be ready to fight in Riga."

GRX-SET's Niclas Grönholm opened his podium account last time out in France, having been convinced he had the speed to win. The flying Finn is another contender this weekend around a track where he clinched the runner-up spot two years ago.

Team-mate Krisztián Szabó is one of only four drivers in the championship to have reached the final in every event thus far, and his consistency sees him arrive in Latvia sitting third in the Drivers’ standings.

Not only that, but he is a former winner around the Riga track, having triumphed at the circuit on his way to lifting the FIA European Rallycross Championship Super1600 in 2017.

Kevin Abbring, meanwhile, has arguably been the revelation of the campaign so far, unleashing race-winning pace in Sweden only to be foiled by traffic. With the form that both the Dutchman are showing, it is surely a question of ‘when’ rather than ‘if’ he secures his maiden World RX victory.

Timo Scheider returns... and is another driver who can certainly not be discounted, and the rapid German will be partnered at ALL-INKL.COM Muennich Motorsport by two-time DTM and 2016 World Champion Mattias Ekström.

Ekström has never finished lower than second in five previous appearances in Riga, including a trip to the top step of the podium last year. Although the Swede will be adapting to a new team and car... LET THE RACING BEHIND! 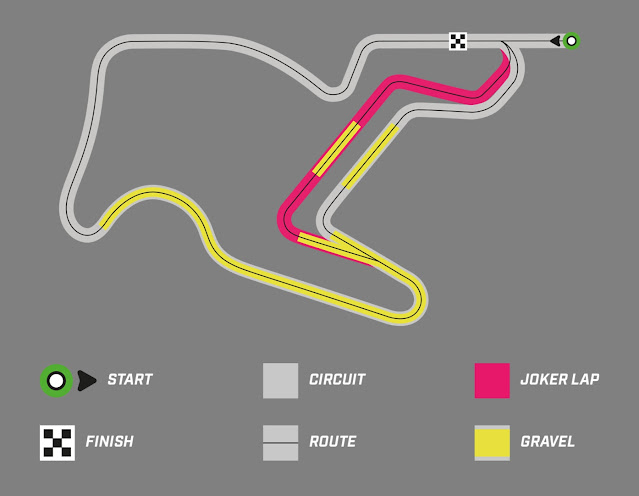 Located on the outskirts of the Latvian capital of Riga, the Biķernieki track is the country’s only permanent circuit, with a history dating back to the 1950s, when a temporary course was first constructed within the surrounding forest.

In 2016, Biķernieki joined the FIA World Rallycross Championship calendar, with a 1,295m layout. Incorporating sections of the race circuit, a long gravel zone through the wooded infield section and three jumps – two on the standard lap and one in the Joker – it immediately became a favorite amongst both drivers and fans. 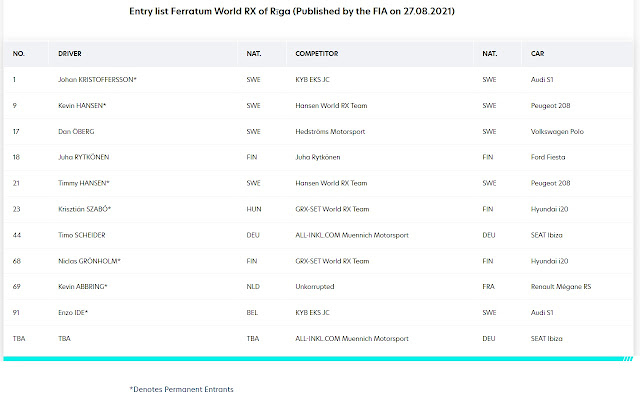 Round 4 and 5 World RX of Riga Schedule (CET Times)

Posted by Junaid Samodien at 13:31