ESmotorsport-Labas GAS could face a 50,000 euro fine should they fail to participate at the World RX of Norway, after the team failed to compete at round four of the championship in Silverstone, UK.

The FIA Stewards received communication from the ESmotorsport-Labas GAS team manager Robertas Maneikis explaining that the team would not be present at R4 Silverstone.

It remains unclear if ESmotorsport-Labas GAS will be on the grid for round five of the FIA World Rallycross Championship in Norway on 15-16 June 2019. However, the team took to social media with the following statement pictured below: 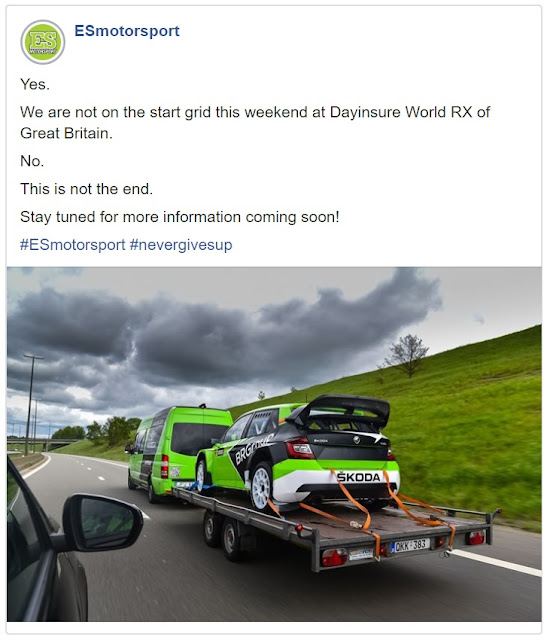