The official seventeen car entry list for the World RX of Norway has been revealed.

Kevin Abbring who has been responsible for the performance and development of the ESmotorsport-Labas Gas Skoda Fabia will make his debut at round five of the FIA World Rallycross Championship at Hell, Norway.

Jani Paasonen will also compete in the event in the second Team STARD Ford Fiesta, alongside regular driver Janis Baumanis. 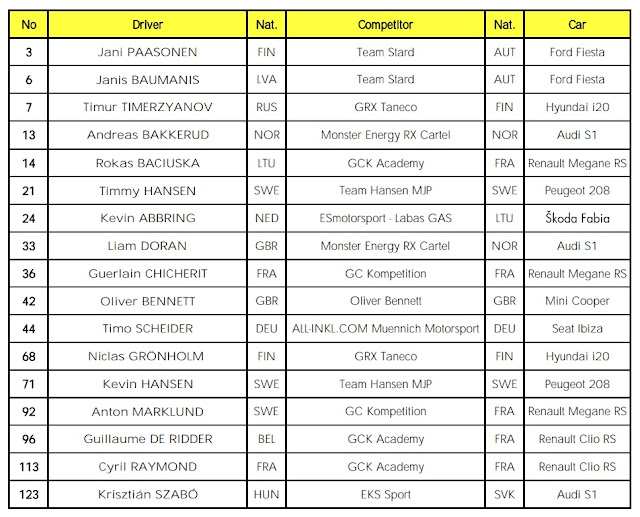 Posted by Junaid Samodien at 17:22