The sound of one hand clapping. 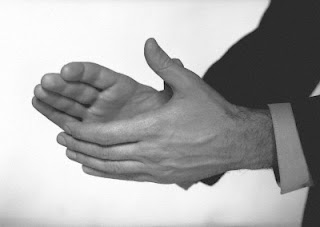 Caption: Money makes the world go around but our hands are itchy for money.
Source: theguildcio.blogspot.com

Living in South Africa, is becoming really hard with constant price increases and the cost of living constantly increasing. South African’s have been hit with a triple ouch better known as a triple shocker. This shocker relates to the price increases in Train tickets, automobile (petrol) and the increase in electricity.

On Sunday April 1, 2012 all South African’s were hit with sharp increases, but it doesn’t end there the City of Cape Town has proposed a 15% hike in the price of water and sanitation. 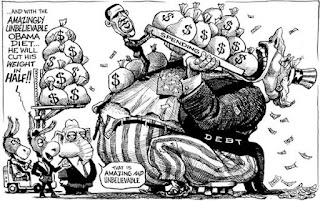 Caption: Are we really aware of what our government is doing with our hard earned wages and tax.
Source:nuevasalamanca.blogspot.com

Where does this leave the consumer, well many ordinary South African’s are suffering, and aren’t able to provide food or water for their families. With these constant increases, where does it leave them?

Will South African’s be able to fork out for these constant increases? I personally think that we are heading or reaching a point in where businesses will not be prepared to offer increases and in turn this will lead to the poor getting poorer and the rich getting richer.

What is your take on this situation?
Posted by Junaid Samodien at 11:33