Destiny does not cause accidents but decisions do! 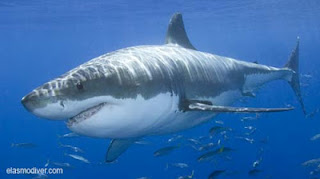 Caption: The king of the deep blue (The Great white Shark).
Source: http://oceanlink.info/biodiversity/shark/Great-White-Shark.jpg

Last week, a championship body boarder David Lilienfeld was tragically killed by a Great White Shark in Kogel Bay near Cape Town after body boarding with his brother and friends.

Many people started pointing out that, researchers and documentary filmmakers who were working in the area earlier in the week as well as the method of their research are chumming.

“Why does a kid have to die before we start talking about the negative effects of chumming the coastline?? Pisses me off!!” wrote Karen Zoid under the hash tag “sharkattack” on Twitter.

We only begin to take steps when someone dies and this incident is NO exception to that sad reality. Documentary maker Chris Fischer defended the filming of “Shark Men” on the public platform Facebook but later offered his condolences to the family and friends.
Warnings were sent to the relative authorities about the increased shark activity but they later stated that there was a problem and have said that warnings were issued. Dirk Schmidt, a wildlife photographer said that he had called for a high shark alert to be issued, saying that possible shark-human interaction or even attacks could not be excluded.

This quote has been taken from City of Cape Town’s media releases and statement that they issued to the media. The City of Cape Town said linking the two unrelated activities is uninformed and misleading and they have been conducting interviews with eyewitness to establish what had happened and the theory thus far is that Dolphins were seen chasing fish and that could have been a reason for shark activity within the area. 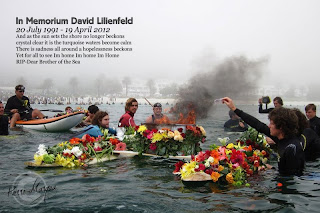 Well, an innocent person had to die in order for our City to reconsider warnings and this is truly sad. We need to do something in order to ensure that this does not happen again! We need to be active and ensure that our government creates programmes to prevent these scenarios from occurring and fast!

Posted by Junaid Samodien at 16:16