Motorsport gets dedicated home on SuperSport.

On 1 September, SuperSport will launch a new channel line-up to give your favourite sport a dedicated home of its own. Motorsport is one of them.

The days of channel hopping to find your favourite form of motorsport is coming to an end. In the past, motorsport was often scattered across a number of channels, but from 1 September a dedicated new channel called "SuperSport Motorsport" will be launched.

"There are two main reasons for the change. There is so much sport and some gets ‘lost’ amid the deluge," Clinton van der Berg, SuperSport Senior Manager Communication said.

"Exhaustive market research has also shown that sports fans would find it easier to enjoy the sport of their choice on a dedicated, named channel. Fans can get frustrated jumping around the remote. In the early days, this wasn’t a problem, but with a dramatic increase in content, the need arose for a more seamless, customer-centric approach."

Motorsport has long been labeled as a fringe sport with football, cricket, and rugby often taking priority, whilst Formula 1, MotoGP, etc. were often shuffled across multiple channels. The new motorsport channel does raise a few questions, and we have sought some clarification from SuperSport regarding the new dedicated motorsport channel.

There are so many different motorsport disciplines from F1, WEC, World RX to MotoGP, which are broadcast on SuperSport, and this poses a unique challenge to the dedicated SuperSport Motorsport channel because some events are likely to clash.

However, Clinton van der Berg reassures us that "clashes will be accommodated with any spillover content going onto one of the ‘Variety’ channels. These will be clearly cross-promoted." 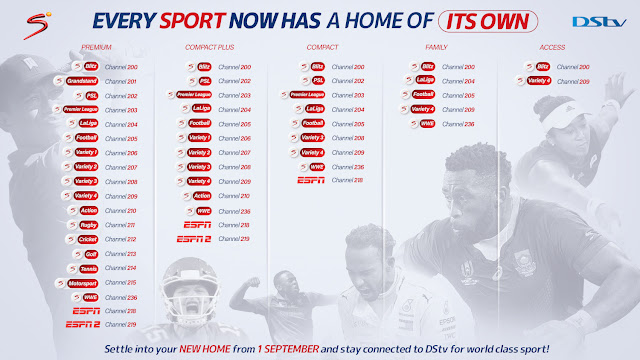